Information you may not find in mainstream news media

I just did a Google search of this and only Reuters, Fox News, New York Times, and a few less known outlets reported on it. Not CNN, CBS, ABC, NBC. Imagine that Nancy & Chuck! Made up crisis, huh?

What’s it going to take for the people who are supposed to be protecting the citizens of the United States to wake up? When will the Democrats stop wasting the governments time and resources and realize we do have any emergency on the Southern border. This is not a rare incidence, I read about it all of the time.

Ladies and gentlemen, meet our new President of the United States of America, Hillary Rodham Clinton

This will be the message delivered by the Democratic party and Donald Trump will most certainly be there to congratulate her in person. Why? Because the Trumps and Clintons have always been good friends

whether you like it or not Donald Trump’s campaign was nothing more than a smoke screen to remove all other Republicans from the running so Hillary only had to contend with one.

The plan worked perfectly and then Trump only had to change his strategy and start  flip-flopping on his campaign platforms and acting like a nutcase. This would push other Republicans to break from the Trump campaign and decide they were going to vote for Hillary paving a pathway all the way to the White House for her.

What is ironic about all of this is that my son and I talked about this setup at length two years ago before Trump ever entered the presidential race. 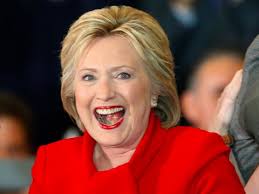